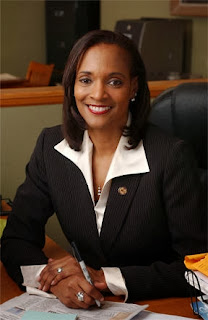 Planned Parenthood Illinois Actionâs Roe v. Wade 41st Anniversary event on January 23, 2014 is a time to celebrate our successes and collectively prepare for the road ahead of us. Join us as we celebrate this monumental decision and the men and women who work tirelessly to protect womenâs health and rights. Tickets can be purchased online for this event which will take place at Bottom Lounge in Chicago.

PPIA will be honoring State Representative Camille Lilly with the Richard J. Phelan Profile in Courage Award. This award is presented to individuals who show an immense amount of passion for womenâs health care. While acting as Cook County Board President, Richard Phelan successfully removed the ban on elective abortions performed at Cook County Hospital.  He understood the importance of a woman making a personal decision in regards to her own body and that access to safe healthcare through medical professionals would be the only way a woman could make these important decisions.

Representative Lilly reflects exactly what this award stands for through her years of dedication to improving the health of Illinois families. Early in her career, Representative Lilly worked hard to fight for womenâs reproductive rights and also improve health care. Part of her pledge was also to strengthen Chicagoâs schools by sponsoring the Illinois Sex Education Bill. This bill requires public schools that teach sexual health education, grades 6-12, to have instruction that is age appropriate, medically accurate and complete. Representative Lilly is quoted as stating, âAs the discussion on the House floor made clear, it was time for us to modernize the basic curricula in Illinois for teaching sexual health education. If this measure becomes law, public school curricula will provide young people with tools and information necessary to grow and mature in a safe and healthy fashion.â With Representative Lillyâs leadership, the bill was passed by the Illinois General Assembly and became law on January 1st.

posted by Planned Parenthood at 11:58 AM