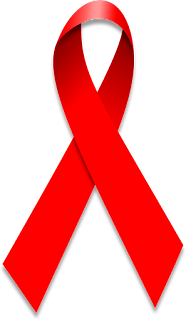 Today is National HIV Testing Day, and itâs important to know your health status because HIV is a preventable disease.

HIV stands for human immunodeficiency virus. It is not curable, and can lead to AIDS, or acquired immune deficiency syndrome.

The virus wrecks blood cells that your body needs to fight off infections and diseases. Medical advancement has made it possible for people to live decades with HIV, before it  progresses to AIDS, but itâs still one of the leading causes of death.

In Chicago, HIV/AIDS was the fourth highest cause of death for people ages 34-55.

HIV and AIDS in Illinois

The virus is spread through unprotected sex, using needles to take drugs, and other ways in which someone can come into contact with another personâs bodily fluids.

The state has the eighth highest cumulative number of AIDS cases in the country, and one in four people who are HIV+ do not realize it. Those who donât know they have HIV are responsible for the majority of new HIV infections in other people.

With few symptoms, the only way to know your status is to get tested. Planned Parenthood of Illinois is offering free rapid HIV testing at its Austin, Englewood and Roseland health centers. You can also receive free HIV testing in Peoria this weekend.

Learning your status is as easy as 1-2-3. First, go online to find a testing center near you. Make an appointment with a health care provider. Then, get tested.

At Planned Parenthood health centers, your status is confidential. The organization provides hundreds of thousands of HIV tests nationwide.

Of the new cases of HIV infection, 24 percent are women, 39 percent are young people between the ages of 13-29, and men who have sex with men were most severely affected.

African Americans are also disproportionately affected, representing over half of new HIV infections in 2009.

But HIV and AIDS affects everyone, and everyone can do something about it.

Learn more about HIV/AIDS, and find a testing center today. Wear condoms for each sex act, and use dental dams for oral sex.

posted by Planned Parenthood at 3:22 PM